What role did climate change play in Pakistan’s devastating floods? This is one of the greatest natural disasters faced by this Third World nation that already faces a myriad of challenges such as poverty, political instability and security.

As per an ongoing temperature analysis led by scientists at NASA’s Goddard Institute for Space Studies (GISS), the world has witnessed a rise in global average temperature by at least  1.1° Celsius (2° Fahrenheit). The bulk of these temperature increments have occured since 1975 at a rate of roughly 0.15 to 0.20°C per decade. Climate change is not just changing the fabric of our atmosphere but is threatening our way of life. The Swiss RE reported that the world’s GDP could diminish by 18% if global average temperatures increase by 3.2°C. Rising temperatures and sea levels are causing extreme weather events such as wildfires, droughts, floods, storms et cetera to occur more frequently.

Different parts of the world are already suffering from the repercussions of climate change. Western Europe and Central/Eastern China experienced droughts and record-breaking heat waves leading to water restrictions. This has caused crop shortages, adding to the rising costs of food around the world. Throw in an energy security crisis within the southwestern Chinese province of Sichuan that relies on dams to generate approximately 80% of its electricity. Italy’s longest river is flowing at one tenth of its usual rate. These droughts and their significant impacts are forecast to continue for the foreseeable future. Severe downpours have caused floods in Dallas, Texas (USA) and Seoul, South Korea, which experienced its heaviest torrential rain in a century.

Record-breaking heat has also been recorded in Japan, the central US and in the UK, where temperatures exceed 40℃ for the first time. It has also only been a few months since we saw temperatures reach 50°C ahead of the monsoon rains in northern India and Pakistan.

To understand the context, it’s important to know that in 1750, there were 280 parts per million of carbon dioxide in the air. To date, it’s 421 ppm in the atmosphere. Since then, we’ve emitted over 1.5 trillion tons of CO2. When released, CO2 lingers around for a very long time: between 300 to 1000 years. Therefore, the action we take today based on weather forecasts to reduce carbon emissions will impact generations to come.

One-third of Pakistan is under water

The latest in this sequence of extreme weather events is the unprecedented floods that have left one-third of Pakistan, the world’s sixth most populous nation, under water. Pakistan contributes less than 1% of global greenhouse emissions that warm our planet but its geography makes it extremely vulnerable to climate change. The recent floods have been caused by a combination of heavy monsoon rains and melting glaciers.

While Pakistan is no stranger to flooding, the impact of these recent floods is beyond what the country has dealt with before. Over 1,300eople have died, a million homes are destroyed and 33 million people have been displaced. With the latest damage estimates exceeding USD 12.5 billion that includes the destruction of essential crops, further disruption to the country’s economy and critical food production is inevitable.

It is predicted that inflation is projected to go up to the range of 24% to 27%  and will touch 30% for the current fiscal year as per the country’s largest news channel). Moreover, poverty and unemployment are expected to increase from 21.9% to over 36%. Some 37% of the population was hit by poverty after floods in 118 districts, as estimated by the Pakistan government.

With the clear economic and human impact of these floods, it beckons the question: why did this happen? Is it Pakistan’s unique geographical structure?

“The floods in Pakistan are driven by unusually heavy and persistent monsoonal rains. A group of international scientists from World Weather Attribution are currently investigating whether this ‘monster monsoon’ can be linked directly to climate change. However, the intensification of the water cycle is something to be expected due to climate change,” explains Gerald van der Grijn,  Meteorologist and Technical Customer Success Leader at Spire Weather.

He goes on to further explain that on a global scale, climate change causes increased evaporation. In addition, a warmer atmosphere can contain more water vapour. As a result, the probability for intense precipitation and subsequent flooding is increased. Some regions in the world are expected to become on average dryer, other regions to become wetter. Pakistan is located in a region where the probability of extreme precipitation is expected to increase due to a warming climate.

Global warming is making air and sea temperatures rise, thus leading to further evaporation. Warmer air can hold more moisture that causes an increase in the intensity of monsoon rainfall. Pakistan recorded, in several bursts from mid-June to late August, a 500%-700% increase of its usual August rain. Pakistan also has something else making it more susceptible to climate change effects – its immense glaciers.

The country’s region is sometimes referred to as the ‘third pole’ – it contains more glacial ice than anywhere in the world outside of the polar regions. Glaciers located in the northern regions of Pakistan’s Gilgit-Baltistan and Khyber Pakhtunkhwa regions are melting rapidly and creating more than 3,000 lakes. Out of all these lakes, 33 lakes are at the risk of bursting suddenly. Now, if that happens, that will unleash millions of cubic meters of water and debris, putting 7 million people at risk.

If you’d like to further understand the connection between weather and its role in climate change, download our white paper here and unlock new insights that could help us all build a better, cleaner and greener planet.

To ensure that other parts of the world do not witness life-threatening floods on the scale that Pakistan has, it’s imperative that the world comes together to do its bit to build more sustainable global business practices and renew its commitment to reducing greenhouse gas emissions. This is why we at Spire are dedicated to equipping strategic international verticals with accurate, reliable weather datasets to help them make informed, optimal decisions. This way they can anticipate what is to come and how to safeguard their assets, their infrastructure and their surrounding communities. 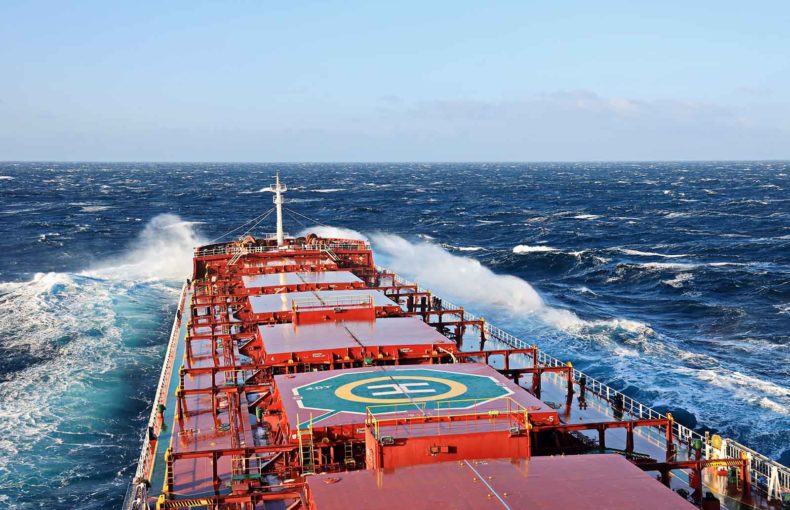