From a standing start, developing and launching a new satellite-based data transport network designed for IP communications isn’t straightforward, as Luis Muñoz, Director at Orbitare, and his team know only too well. After more than one year working on the launch of a hosted payload with other providers, the project was beset with an unacceptable level of risk of  delays and the team started to look for alternatives.

Less than six months later, Luis has radically altered his approach and SPACELOOP, which is set to connect adventure travellers, mariners, polar explorers, and the NGO community, is already undergoing testing in space. In a first mission, SPACELOOP is using Spire’s existing fleet by uploading the SPACELOOP software to Spire’s on-orbit network to run and test their application – something which Luis says has ‘made an incredible contribution to making SPACELOOP possible.’

The second mission has seen Orbitare launch a hosted payload with Spire delivering an end-to-end service, bringing together the satellite platform, the scheduled launch and the global ground segment. Orbitare can now choose to add additional SPACELOOP payloads to upcoming Spire launches as well as leverage the existing Spire satellite network through software-enabled upgrades.

This approach has been a game-changer for the fledgling new space company, so we caught up with Luis to find out more.

What is SPACELOOP and who will benefit from this service?

People have a universal need to communicate and, nowadays, we simply cannot be disconnected for more than a few hours. Pretty much everything we do is communicated via IP messaging – for example, you may even send an IP message ahead of phoning or emailing to clarify “can I send you an email?” or “can I come visit?”.

We made this observation about a year and a half ago that this is the way we all communicate today. You shoot a message, you wait a bit and then you get a response, usually quick, often almost instantly, but if it takes a few minutes or a few hours it’s no big deal.

Such a way of communicating requires a fairly simple network and basically removes a very complex aspect of satellite communications – the need for constant continuous connectivity.

These types of communication are also low data, just a few kilobytes for text and any file that might be attached. Because it’s IP messaging, attachments can also be added, which makes a crucial difference to SMS, which is not equipped for this.

With SPACELOOP we are building this innovative network, enabled by satellite, so it can be ubiquitous and accessible from anywhere on the planet. It’s designed for IP messaging communications meaning it will seamlessly connect to the internet.

Moreover, anything that runs over the internet that does not require constant connectivity will run over SPACELOOP.

With this service we’re targeting a dynamically growing segment of adventure travellers, one which is expanding following the pandemic. Everybody wants to go far away from everybody else! In addition, anyone travelling to the polar regions, which is another growing segment, and anyone who operates at sea. SPACELOOP will enable people who want to stay connected, to stay connected anywhere on Earth. We believe journalists and NGO people working in the field will also be a natural community for SPACELOOP once it launches. There are also a bunch of applications for this service we haven’t even recognised yet – as with any new application.

Obviously most of us are connected through our networks, but our market niche is still big enough, and our offering will be very appealing for those that don’t have many options. The fact that we leverage an existing nanosatellite space infrastructure allows us to address that niche in a competitive way.

How different is it to launch a new application to a satellite that is already in space?

The quick answer is that it’s like night and day. Spire simply made the test phase of SPACELOOP possible.

I have 20 years’ experience in the space sector. I know most of the new space satellite providers and after exploring every option we decided to take a traditional approach. The onus would be on us to bring all the pieces together, like buying the radio and the platform, and then engaging with the providers to facilitate the launch via a hosted payload programme. Not to mention taking most of the financial risk, which for a start-up is really hard!

It took over one year to put the set-up together, then once we were ready to sign contracts, it took two additional months to find out that this was not going to work. Our supplier had to coordinate with additional payloads and because there were delays which were out of our reach, we were left in a position whereby we had no longer control of the launch date.

Then Spire came to us with a unique proposition. Firstly, they have satellites in orbit already and secondly, they frequently launch new satellites into space. This was very exciting for us as we realised we wouldn’t have to wait for someone else to build a satellite and find a launch slot, we could just find a spot in Spire’s existing roster.

It also introduced and made the first mission possible, which is delivering our software to space and repurposing one of Spire’s existing satellites to support our application. This service is not commercially available by any other provider and meant that in a very short timeframe, we had our service operational on one satellite and we were able to begin testing it.

The second mission is a hosted payload programme with Spire providing all the elements, the satellite, scheduled launch and the payload platform. It’s truly a one-stop-shop.

Do you think you gained an edge for SPACELOOP’s launch and development by working with Spire and utilising our satellites and platform?

Absolutely. We’ve been able to shorten our development time – we got our first software version launched into space in less than six months from our first conversation, which is absolutely incredible.

The technical team at Spire is excellent. As with any project, there have been challenges to overcome and the teams were always there and engaged to solve any issues. And we had the privilege of engaging on technical and business discussions with Joel and Jeroen, two of the founders of Spire.

At one point, we were struggling to connect to the satellite where we had deployed our application, so the team deployed the software to another satellite which quickly solved the problem. Having a constellation of 100+ satellites gave us many options and Spire’s flexible way of working was a real benefit, enabling us to get our test service operational much faster.

There are also a lot of commonalities across Spire’s satellite constellation and the architecture of the satellites and systems are designed to a very high standard. As our service grows, this standardisation makes our approach much more straightforward as we don’t need to factor in lots of variation across the network.

The ground support system is also amazing because everything is automated and cloud native. We can operate the satellites from our own computer, enabling us to be much more agile and allowing us to quickly test SPACELOOP and have it ready for commercial deployment.

How does it change deploying new capabilities into space? Did it change your approach to planning your future growth?

When building our business case our investors asked us why we couldn’t use existing infrastructure in space – the answer, until now at least, has always been that this is not realistic. While theoretically possible, real-world barriers have prevented start-ups like Orbitare and others from gaining access to satellites already in space for a host of reasons, including competition.

Working with Spire everything changed – we can leverage Spire’s fleet meaning we can move CAPEX into OPEX. This has had a significant positive impact on our financial planning and is one of the key factors in making SPACELOOP possible.

After evaluating Spire’s fleet, and factoring in the satellites we know are due to launch, we can easily select where we will want to rent space to get our minimum viable product (MVP) operational. Of course, with a communication offering like SPACELOOP we need to ensure regular and total coverage of the Earth for the MVP, and Spire can help us get there. Because of Spire’s existing infrastructure, and the roadmap of what’s coming next, it has been possible to gain rapid access to the market.

This democratisation of space will also have much wider reaching benefits for the sector. In a circular economy, service providers now have access to a different, more sustainable, practical way of entering the space economy. While we are all committed to removing trash from space, not generating it is the better way to go. Instead of building large constellations from scratch, requiring lots of time and resources, or even launching one-off short-duration demonstration missions utilising existing and planned small, tested satellites like Spire’s will open new opportunities for alternative players to test and introduce services that solve very real needs without leaving an unnecessary footprint in space.

What is the current SPACELOOP roadmap and what are the next steps?

We are now testing and planning the global rollout. We are targeting 18 – 24 months to be able to offer our first commercial services which is really very quick for a global communications network.

What key lessons have you learned and what are the key takeaways?

Spire has changed the way we develop.

As an example, at an early stage in the project we wanted to buy a piece of equipment that would simulate the ways signals behave in space – a channel emulator. There are two or three companies in the world that make these devices, largely building these for government customers. We quickly found the cost to be prohibitive at no less than 300,000 Euros. Now we don’t need this equipment because we don’t need to emulate the space environment, we are actually able to test in space.

Being able to test in space is unique and has been an absolute game-changer.

There is a strong start-up spirit at Spire too, so working with the team has been refreshing. There’s now a different way of building a space business – the movement of ideas, to solutions, to execution is measured in days, not even weeks or months. There has been a paradigm shift and Spire and Orbitare are at the heart of it. 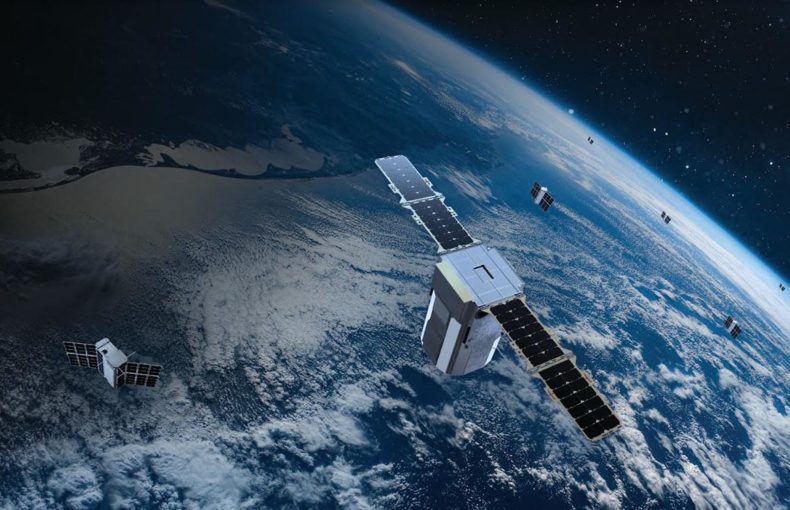 For decades, space was out of reach to almost everyone except governments and large companies. Traditionally, any space project would require an upfront CapEx investment of hundreds of millions of dollars and average lead times of seven to ten years before getting into space. How Spire technology is helping Ororatech speed up fire detection

At Spire, our mission has always been to use space-based data and analytics to improve life here on Earth.