Last week a vessel traveling from China To Melbourne lost cargo due to engine failure that was attributed to rough seas.

In situations like these, insurers and stakeholders launch an investigation to verify the events leading to the accident. Data plays a major role in these investigations. For this week’s data story, we thought we would conduct our own investigation combining our AIS tracking data and weather forecasts for this region and time range.

Here, Spire’s AIS data shows the APL England’s voyage as it was headed from China to Melbourne, lost cargo near Sydney, and turned back the way it came from rather than proceeding to Melbourne 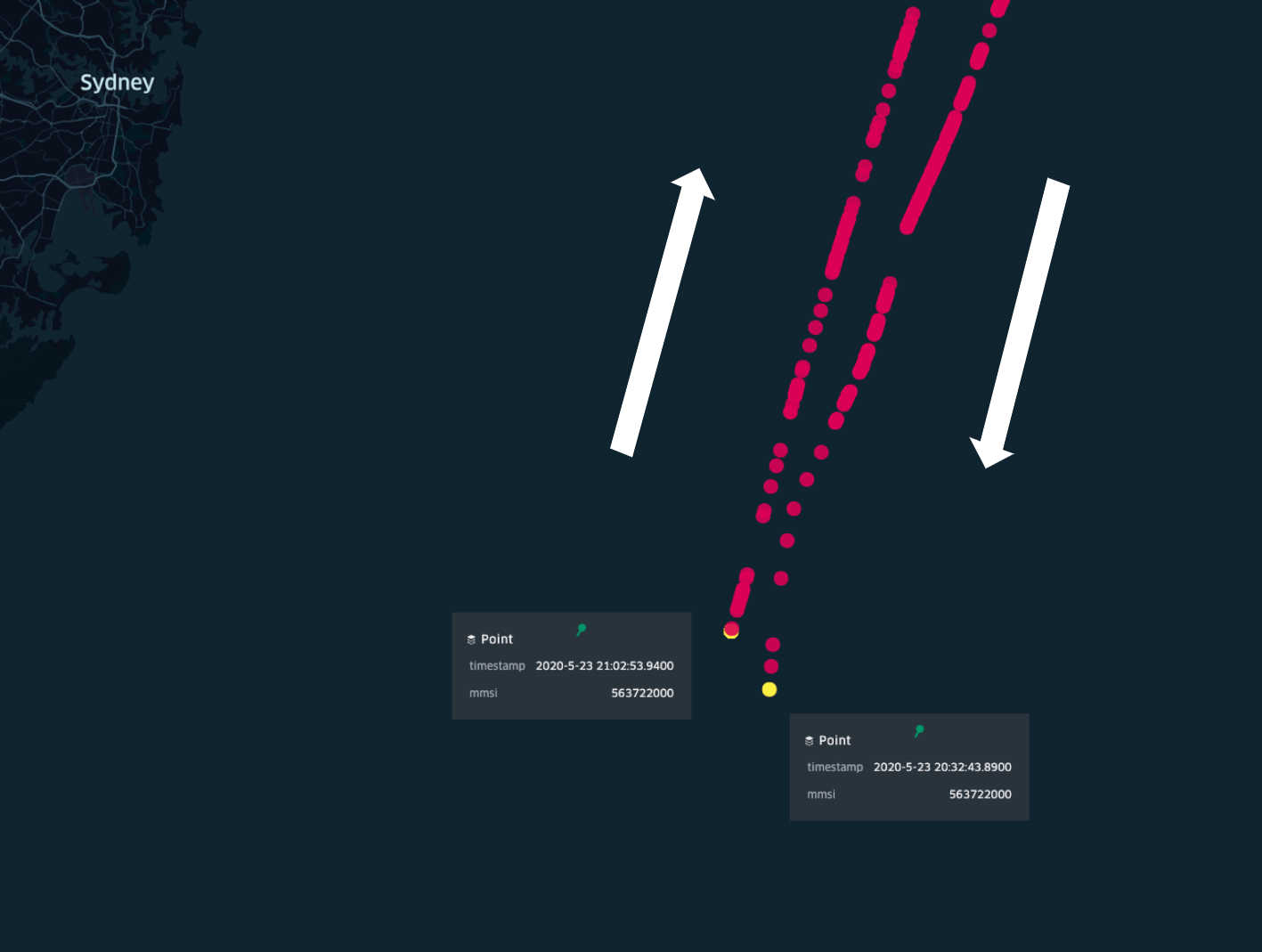 The Vessel’s redirection happens basically in the course of 30 minutes, between 20:30 UTC and 21:00 UTC.

Rerouting is often an alternative when an unplanned weather event unfolds. As shown above, Spire’s data caught the story and found that while the winds and waves were stronger than usual, they weren’t at levels that most cargo ships couldn’t endure. Although not huge, waves of such height could be enough to rock a cargo ship which was not oriented favorably – a situation that a ship could certainly find itself in when the engine fails. Following this incident, a search party was sent out to look for the lost cargo because it presented a safety risk. A few days later, cargo began to wash up at beaches. There is a high chance most of the lost cargo will be swept out to sea in the Eastern direction through the East Australian Current.

Our data tells many stories.

Download the free sample and learn more about our services.