One area of concern is the damage wrought by ships at sea that operate in the shadows. While legitimate transport ships are an acknowledged source of black carbon emissions, the operations of what are dubbed “dark vessels” also have a significant negative impact on the environment.

What are dark vessels?

The rapid adaptation of AIS (Automatic Identification System) protocols—the primary vessel tracking and communication system around the globe—has made shipping industry operations a far more open book. This has been a boon in many ways, including as a tool to enhance safety and green shipping innovations.

But if a ship’s AIS transponder is turned off, that ship’s tracking signals are no longer available and the vessel goes “dark”. Camouflaging the locations of ships via what’s known as “spoofing AIS” is also part of the dark vessel playbook.

It’s well-known that dark vessels are tied to illegal, unreported, and unregulated (IUU) fishing, resulting in marine-resource harvests worth billions of dollars that often take place in sensitive ecosystems and negatively impact biodiversity. Vessels operating in the shadows or off-grid are also key to the smuggling of both goods and people.

Less known to the public is that dark vessels are also a significant source of unregulated black carbon emissions, most impactfully in environmentally sensitive marine protected areas.

In addition to the direct damage to fish stocks, there are a number of ways that dark vessels are contributing to environmental degradation.

Threats to the Arctic

The operations of dark vessels, especially in particularly vulnerable areas like the Arctic, have a direct impact on the environment. By going “dark,” ships operate in Arctic waters outside of regulatory norms and have both localized and global impact.

The accumulation of black carbon emissions accelerates snow and ice melt in particular areas. As a whole, such activities drive rising sea levels and also alter the freshwater/saltwater dynamics of not just specific estuaries and river deltas, but also wider ocean circulation patterns.

As explained in the blog post “Black Carbon in the Antarctic: A Short-Lived Pollutant with Long-Lasting Consequences,” it is more likely that IUU fleets are “operating at the lowest environmental threshold possible [including burning] the cheapest and most environmentally-harmful fuels available.” This leads not only to more carbon being released into the earth’s atmosphere, but also “accelerates the melt rate and exposes darker-colored earth or materials beneath it, resulting in increased sunlight absorption and higher surface temperatures.”

These factors feed into the quickly building crisis of melting glaciers, which will have a wide range of negative impacts.

A longstanding menace to water

Oil transport ships, working around international sanctions, is another common type of dark vessel activity—a challenge that the Russian invasion of Ukraine has only made more acute. Illicit ship-to-ship (STS) transfers of oil, taking place far from well-managed oil ports, severely increases the possibility of oil spills and these accidents going undetected for extended periods of time, making cleanup efforts more difficult, if not impossible.

Although some STS transfers are legitimate and regulated under the International Convention for the Prevention of Pollution from Ships (MARPOL), dark vessels that are evading sanctions—especially in the cases of Venezuela and Iran—are a threat. As reported by Reuters: “Illicit STS was unlikely to follow the rigorous MARPOL standards, shipping specialists said. A ship captain who supervised Venezuela-related STS until this year told Reuters that U.S. sanctions had led to more covert transfers of Venezuelan oil that were unsupervised and used equipment that flouted standards.”

Battle of the bilge

Another direct threat to water quality from dark vessels is unregulated bilgewater discharges, which can wreak havoc when released in bays, inlets, and other areas with weak currents. Long recognized as a problem due to its high level of contamination and sometimes transporting invasive species, the illegal release of untreated oily wastewater from a vessel’s lower hull is difficult to monitor.

To be sure, raw bilgewater is a problematic issue for the environment and can migrate to vulnerable coastlines. “Oily bilge wastewater is the byproduct of operating ocean-going vessels and, according to the Environmental Protection Agency, contains contaminants such as lubricants, grease, and cleaning fluids, as well as harmful or toxic metals such as arsenic, cadmium, chromium, lead, and selenium, some of which are known or probable carcinogens. Other harmful substances in bilge can include organic chemicals such as benzene, chloroform, hexachlorocyclohexane isomers, and naphthalene.”

Unfortunately, unregulated discharges continue to be a common practice that is tough to regulate. Although international regulations impose specific criteria about treating bilgewater before it is discharged, the operation of dark vessel fleets severely hinders already challenging monitoring and enforcement efforts.

Preventing what some do in the dark

Curtailing the ability of vessels to “go dark” while using humanity’s common resource—the world’s waterways—is one of the many strategies required to address the challenges facing our environment. Ships that operate under the radar or sail in waters not suitable for their activities are imposing costs on the global environment that we can no longer afford to pay.

The time is now to make it harder for nefarious or irresponsible ship owners and operators to avoid detection. Protecting our planet requires attention to all the issues facing the global environment. By staying ahead of undetectable activities in our world’s waterways, we can make substantial progress in the battle to keep our planet safe and clean. 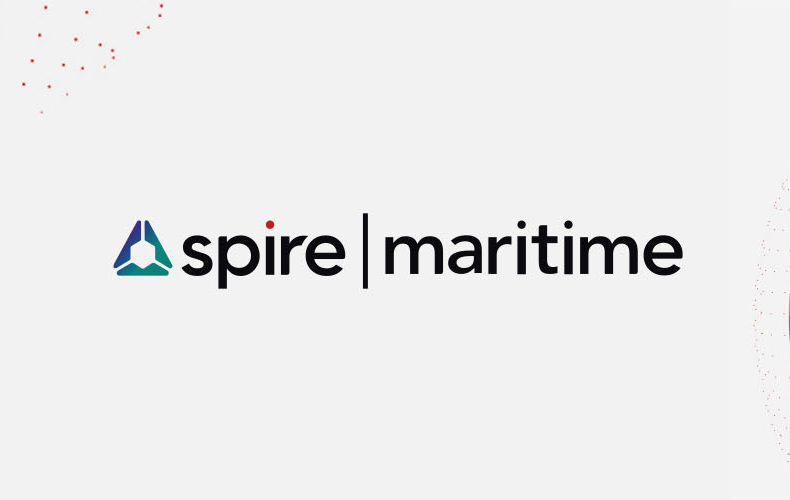 Who says business and family don’t mix? For Meerkat.ai, it’s a strength!